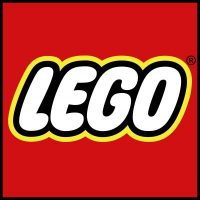 As a result of the LEGO Group’s growth, the Czech factory will be expanded in order to faster supply the regional markets with LEGO® products in future. The expansion will create up to 800 new jobs.

In 2015 the LEGO Factory in Kladno, Czech Republic may have increased the number of employees by as many as 800, from the current 1200 to 2000 depending on the future demand. In the same period the packaging capacity of the LEGO factory increased by up to 30 %. The investment amounts to a large 2 digit million Euro figure.

“The decision to expand our factory in the Czech Republic is a consequence of the continued growth we experience and based on our expectations for future growth in Europe and the rest of the world. The expansion will enable us to deliver world class service to our customers and consumers in Europe,” says Carsten Rasmussen, Senior Vice President with the responsibility for the LEGO Group’s Packing facilities in Europe.

For 5 years in a row the LEGO Group has increased the turnover by more than 15% annually. With the significant increase in the LEGO Group’s production, the strategy of locating its factories close to the core markets in Europe and North America has shown its strength.

”Having our packing facilities located geographically close to our core markets and continuously optimizing and improving production, means that we can respond to demand from customers and consumers,” explains Bali Padda, Chief Operating Officer.

The factory in the Czech Republic has been expanded several times in recent years. The latest expansion has just recently been completed, and plans for further expansion were announced in September 2012 (LINK TO PRESS RELEASE: http://aboutus.lego.com/en-gb/news-room/2012/october/expansion-of-lego-factory-in-czech-republic/). But already now the need for an additional expansion is evident. Carsten Rasmussen explains:

“The continued success and growth of the LEGO Group globally and in Europe, has dramatically changed the need for capacity for production and packing of LEGO products. We need more capacity to follow the expected demand.”

The new expansion features 37,000 square meters that will consist of packing facilities and add a third high bay warehouse to the existing two at the factory. By 2015 it is expected that this will have generated as many as 800 new jobs at the factory.

“We will gradually and depending on the actual growth rates we experience in the coming years invest in production equipment as well as increase the number of employees,” says Carsten Rasmussen.

The expansion of the factory also includes initiatives that will lower the environmental impact of the factory, says Carsten Rasmussen:

“Throughout the process, we look at how we can reduce the environmental impact on the surrounding environment.”

This includes extra insulation of buildings, using energy efficient lighting, use shades to reduce the need for air conditioning and reusing rainwater for the sanitary installations to name a few specific features.

The expansion also includes a fitness area, a new cafeteria, outdoor sports facilities and a LEGO park with a playground as well as a small LEGO museum which all aim to increase the quality of the work life for employees.

“It is very important for us to keep a special focus on the safety of our employees as well as visitors in the factory. As an example an indoor walkway above the production area will ensure that visitors can see the production without coming close to the machines,” says Carsten Rasmussen.